SP Zenge allegedly committed suicide by shooting himself with his gun on Saturday, January 30, 2021, at his official Bungalow at Half Assini, a close source told GhanaWeb, adding that the late SP Zenge left a note behind, that reads: “I am fed up in this world”.

She, however, promised to give further details in the coming days, when investigations are complete.

The mortal remains of SP Zeprain Zenge, is yet to be deposited at the Effia Nkwanta Regional Hospital mortuary for preservation and autopsy.

The Late SP Zeprain Zenge was posted to Jomoro Municipality as the Municipal Commander in early 2017.

The late DSP Zenge is from Nandom in the Upper West Region and died at age 57.

Jomoro was his first place to work as a District Commander. 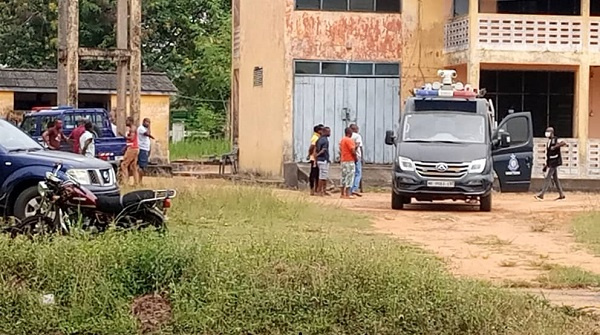 Energy got me everything.
Previous Another accident on Navrongo road in less than 48 hours leaves several battling for their lives
Next Breaking News: Jomoro Municipal Police Commander allegedly commits suicide