A syndicate of doctors, nurses and social workers have been busted for their role in an illegal act of “baby harvesting” and human trafficking.

According to a joint statement issued by the Medical and Dental Council and the Economic and Organised Crime Office (EOCO), investigations into the alleged act unravelled that one Dr. Hope Mensah Quashie of the 37 Military Hospital was arrested on Thursday, December 31, 2020.

The doctor was arrested at his private clinic at Laterbiokershie after he sold a baby boy to undercover investigators for an amount of GH¢30,000 dating back to October 2020. This illegal act then led to the arrest of persons involved in the syndicate.

They have since been identified as accomplices in the crime and are currently on bail pending further investigations.

Read the full statement below: 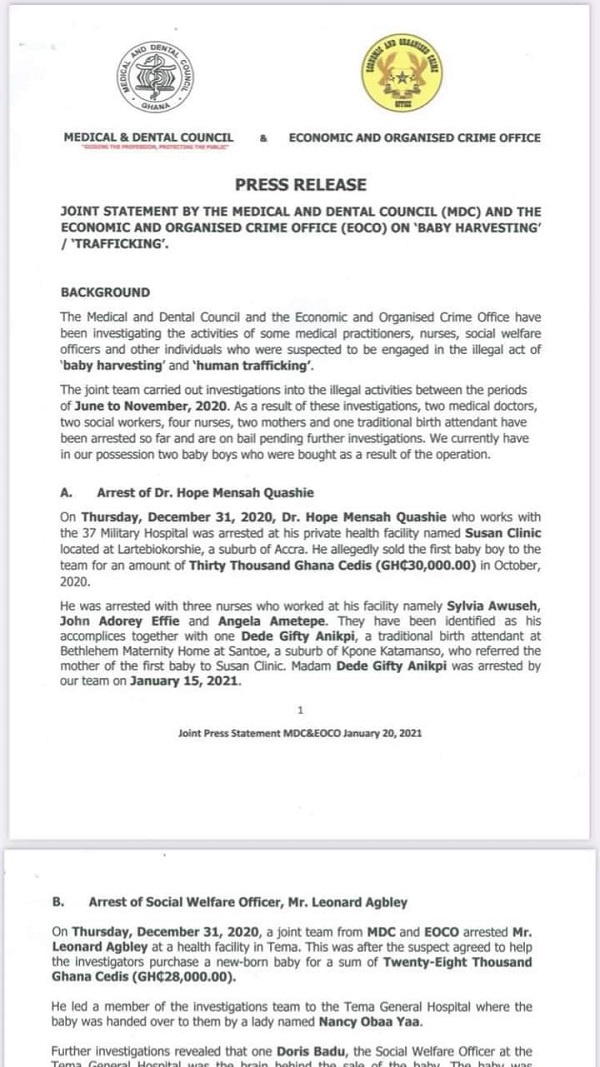 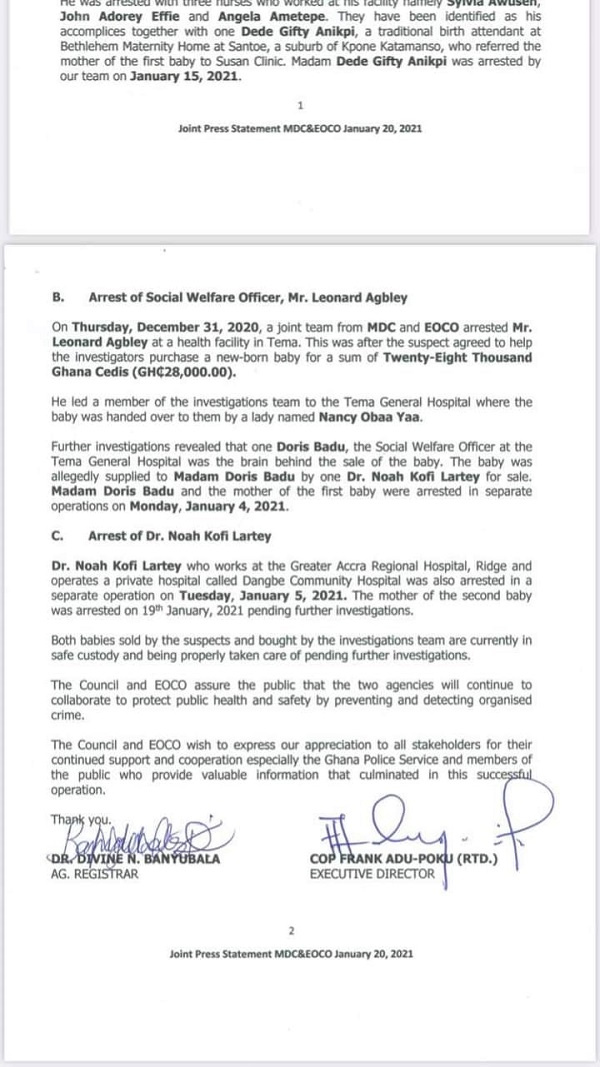 Energy got me everything.
Previous Farmer jailed 5 years for stealing cocoa beans
Next Tema: 105 persons arrested for flouting directives on wearing of nose masks