At least 15 people have died and 90 others have been wounded after an explosion caused a huge fire at a ceramics factory in Sudan’s capital, Khartoum, the Sudanese Doctors Union (SDU) has said.

The SDU appealed to off-duty doctors to rush to hospitals across the city to treat victims, amid fears that casualty numbers could rise.

A witness has tweeted videos of raging flames and plumes of smoke at the industrial site in northern Khartoum. 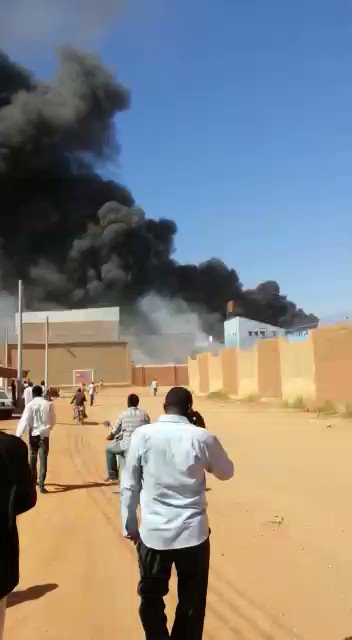 732 people are talking about this

‘If they attack us, we will hit them harder than they have ever been hit before’- Trump to Iran

‘USA has the best Military in the world, I’m ready & prepared to take action against Iran’ -Prez Donald Trump declares

WHAT OTHERS ARE READING