The Office of the Gborbu Wulomo-Shitse of the Nungua Traditional Area has warned of the possible ramifications of the standoff between the people of Nungua and the Ghana Armed Forces over a land.

Last week, members of the Coalition of La Youth Association together with some journalists were assaulted by military officers when they embarked on a demonstration over a piece of land which the group stated had been released to the Traditional Council by the government.

Reacting to the news of the military attack on the youth group, the Office of the Wulomo said “it should be noted that, if care is not taken, the ramification that will arise out of the incident will be numerous to count/call here.”

READ ALSO:   I would’ve stopped Odododiodio violence if I were there – Vanderpuye

“Whilst we want to appeal for sober heads to prevail , it is important to draw attention to some of the historical facts about the people of Gadangme who out of unity, had never been outgunned in any scuffle in history because of their determination to overcome any obstacle,” the council further stated in a statement.

Read the Council’s full statement below: 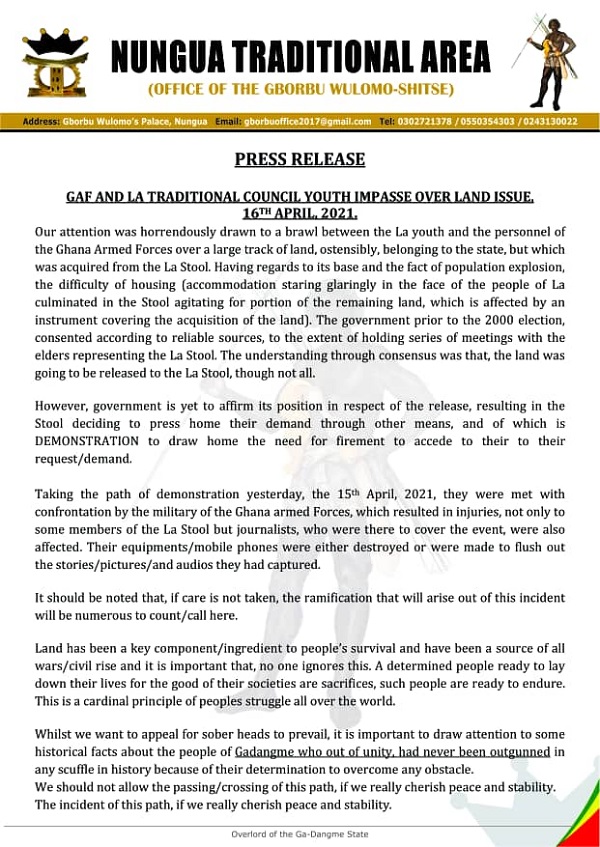 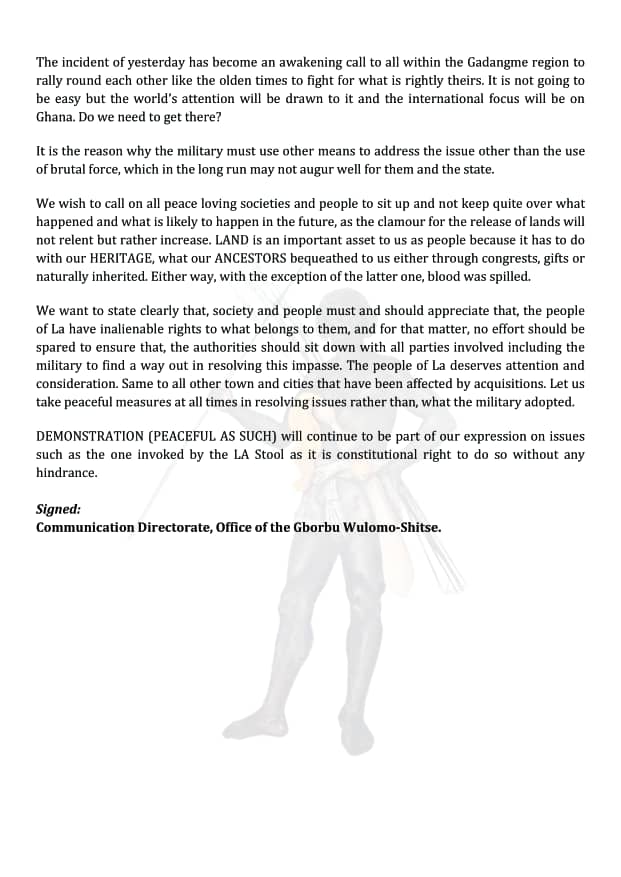 Energy got me everything.
Previous The moral climate change: My take on Akwapim Poloo
Next High Court hears Akuapem Poloo’s appeal on Wednesday, April 21