Some twenty(20) members of parliament of the opposition National Democratic Congress (NDC) have been charged for breaching the Public Order Act for unlawful assembly.

The charge which was slapped at the MPs by An Accra Circuit came after their march to the Electoral Commission on Tuesday, December 22, 2020.

A statement released by the circuit court said the NDC MPs assembled and conducted themselves “in a manner likely to cause persons in the Neighbourhood reasonable fear where a breach of the peace is likely to be occasioned.”

READ ALSO:   Why I took back my cars – Defeated NPP aspirant speaks

Meanwhile, the Deputy General Secretary of the party, Peter Boamah Otokunor, was also charged with the same offence.

Minority members marched from Parliament to the EC Headquarters to petition the 2020 Presidential and Parliamentary election results.

The MPs went to the EC headquarters after supporters of the NDC continued to protest because they were displeased with the electoral results.

The NDC and its flagbearer John Dramani Mahama described the results which gave President Nana Addo Dankwa Akufo-Addo 51% of the votes as ‘flawed’.

Below is the statement 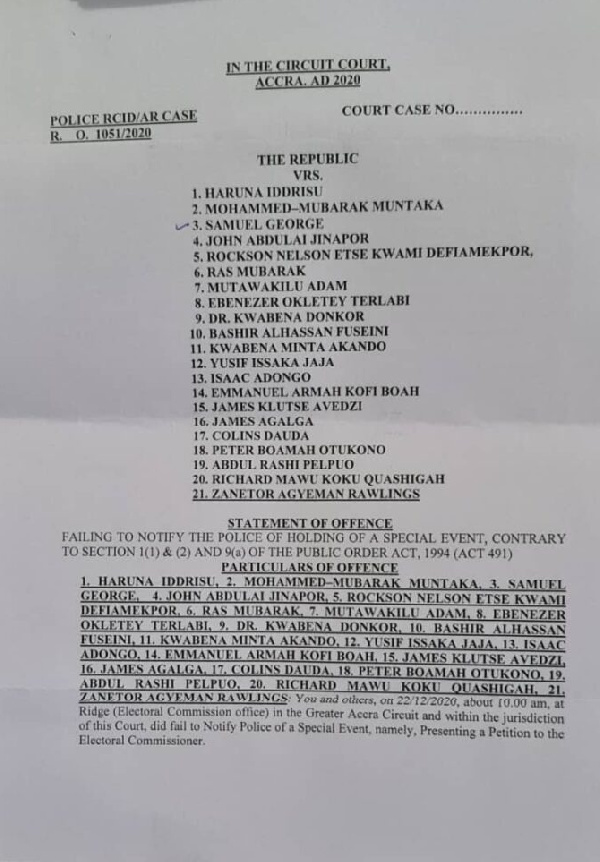